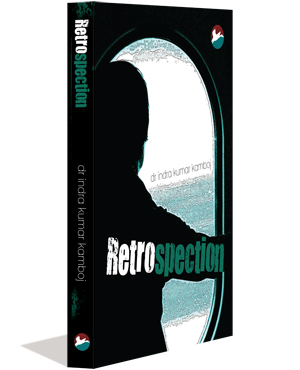 Aanand analyses the events of a lifetime to discover whether the life he led was a shattered dream or a fulfilled one. An ambitious and energetic Aanand, a self-made guy in his late twentyâ??s who with just three pounds sterling in his pocket immigrated to England with the sole aim of achieving higher education. Due to unprecedented feelings of loneliness and subsequent depression brought about by repeated failures in his endeavours filled him with desperation and ultimately he had to return to India empty-handed. The story exposes the inherent drawback of the Indian Society: that made a prestige issue for his non-accomplishment in England; the disgust and the humiliation felt and above all his own conscience knocking to have that contentment which is the very quintessence of self-discovery ignited subsequent rebellion that propelled him back to England to fulfill his mission. The story speaks about the heart and mind of Indians in general be it a student or an immigrant, about their sad state of affairs, their compulsions because of which they are not able to return to their homeland even if they want to. They thus remain alienated being surrounded by an alien culture and religion.