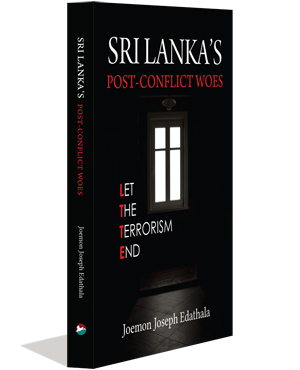 The book gives an insight into the problems faced by the Sri Lankan government in the post-war scenario. The military defeat of the Liberation Tigers of Tamil Eelam (LTTE) has almost ended the decade long conflict. While it is true that the LTTE's presence is not felt much today, it is equally important to note that its support base continues to remain intact. The LTTE and the new - born organisations claiming to be protectors of human rights are now lobbying in the corridors of power within the international community, seeking intervention and action into alleged war crimes. Their clout has been so powerful that even the Sri Lankan government has found it hard to convince the UN authorities of the actual state of affairs. It cannot be disputed that human rights abuse in any form must be prevented. But when it concerns Sri Lanka, the allegations are far more complex and deep rooted.