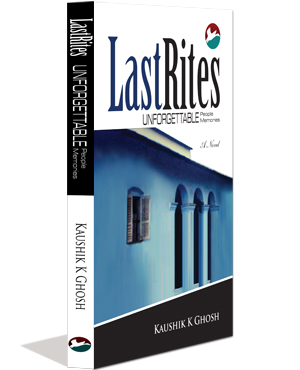 Not death but his last rites. Confusion prevailed, a fear of society loomed large and the thought processes of conditioned minds seemed to prevail. A person with an amalgamation of different religions had left everyone perplexed. A Muslim by birth, brought up and lived with Hindu families, not averse to entering a church - was he a Muslim at the end of his life? Last Rites moves back and forth, not only in time and space but in a milieu fluctuating with virtues and sins, conflicts triggered by religious intolerance & political imbroglios while throwing up the most interesting & enigmatic characters of the small city of Ranchi.