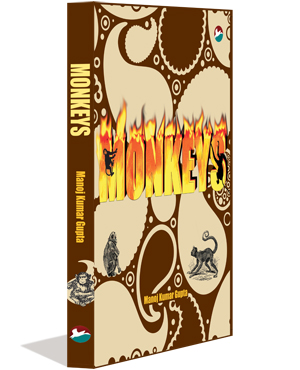 Two men embark on life taking parallel roads. One is the defender of his country and the other is a secessionist. One wages a war against the state while the other is embattled in his own house. The book brings out a sensitive portrayal of their inner selves in the backdrop of vibrant and dynamic India. They meander their way through traditional society, inhibited desires and malevolent politics. In a land of limited resources the pressure is on to succeed causing many to get lost in the rat race, while the soul longs for the simple joys of life. The two men are joined by two women who are as keen to find their place under the sun. One of the two women acknowledges the value of love and lets it soak her personality, while the other uses it for personal aggrandizement. One loses her man in the process of domestication of her husband and wrong notions of fidelity. The other encourages her husband to shine. A beautiful love story unfolds before one, while the other looks askew at the possibility of a perfect bliss. Life draws them together, offers endless possibilities and, all are ready to take it headlong. The plot races at breakneck speed and introspection is not a pause but is an ever present phenomenon within their conscience.