The Song of Hiawatha

Home > Books > The Song of Hiawatha 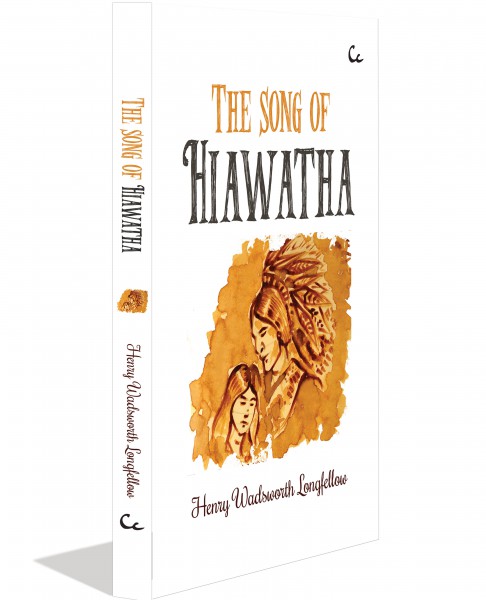 The Song of Hiawatha is an 1855 epic poem, by Henry Wadsworth Longfellow, featuring a Native American hero. The poem was published on November 10, 1855, and was an immediate success.

About the Book
The Song of Hiawatha is an 1855 epic poem, by Henry Wadsworth Longfellow, featuring a Native American hero. The poem was published on November 10, 1855, and was an immediate success. The Song presents a legend of Hiawatha and his lover Minnehaha in 22 chapters (and an Introduction). Hiawatha is not introduced until Chapter III. In Chapter I, Hiawatha’s arrival is prophesied by a “mighty” peace-bringing leader named Gitche Manito. Chapter II tells a legend of how the warrior Mudjekeewis became Father of the Four Winds by slaying the Great Bear of the mountains, Mishe-Mokwa. His son Wabun, the East Wind, falls in love with a maiden whom he turns into the Morning Star, Wabun-Annung. Wabun’s brother, Kabibonokka, the North Wind, bringer of autumn and winter, attacks Shingebis, “the diver”. Shingebis repels him by burning firewood, and then in a wrestling match. A third brother, Shawondasee, the South Wind, falls in love with a dandelion, mistaking it for a golden-haired maiden. In Chapter III, in “unremembered ages”, a woman named Nokomis falls from the moon. Nokomis gives birth to Wenonah, who grows to be a beautiful young woman. Nokomis warns her not to be seduced by the West Wind (Mudjekeewis) but she does not heed her mother, becomes pregnant and bears Hiawatha. In the ensuing chapters, Hiawatha has childhood adventures, falls in love with Minnehaha, slays the evil magician Pearl-Feather, invents written language, discovers corn and other episodes. Minnehaha dies in a severe winter. The poem closes with the approach of a birch canoe to Hiawatha’s village, containing “the Priest of Prayer, the Pale-face.” Hiawatha welcomes him joyously; and the “Black-Robe chief” brings word of Jesus Christ. Hiawatha and the chiefs accept the Christian message. Hiawatha bids farewell to Nokomis, the warriors, and the young men, giving them this charge: “But my guests I leave behind me/ Listen to their words of wisdom,/ Listen to the truth they tell you.” Having endorsed the Christian missionaries, he launches his canoe for the last time westward toward the sunset and departs forever.
About the Author:
Henry Wadsworth Longfellow (February 27, 1807 – March 24, 1882) was an American poet and educator whose works include Paul Revere’s Ride, The Song of Hiawatha, and Evangeline. He was also the first American to translate Dante Alighieri’s Divine Comedy, and was one of the five Fireside Poets.
Source: wikipedia.org