When Shakespeare Lost the Plot 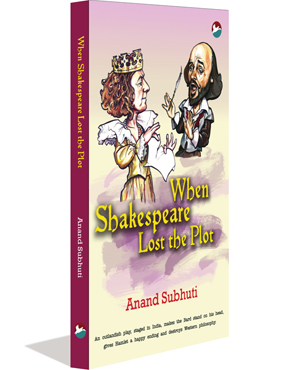 "FEAR NOT, YOUR MAJESTY, I SHALL KILL THEM ALL!"

About the Book
“FEAR NOT, YOUR MAJESTY, I SHALL KILL THEM ALL!” Will Shakespeare tries to save his neck by writing a gloomy play that will satisfy his misery-addicted boss, Queen Elizabeth 1st. So he pens his greatest tragedy, Hamlet, in which all the main characters die. But his wife, Mrs Shakespeare, is determined to save everyone and create a happy ending. In the struggle that follows, Western philosophy gets trashed, Eastern mysticism comes to the rescue and Hamlet gets a massive makeover.
About the Author
Anand Subhuti is a former UK political reporter who worked in the Houses of Parliament. He also spent many years living in an Indian ashram. In this book, he bridges the two worlds of East and West, mixing politics, meditation, drama and humour.
260p/Paperback/5.5×8.5″ 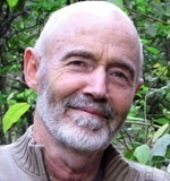 Anand Subhuti is a former UK political reporter who worked in the Houses of Parliament.
For the past 35 years he has been a disciple of Osho, the controversial spiritual mystic, formerly known as Bhagwan Shree Rajneesh.
Beginning in 1976, Subhuti lived with Osho at his ashram in Pune, working mainly in the mystic’s press office. During this time, he met India’s Prime Minister, Indira Gandhi, and also toured the country with the Rajneesh Shakespeare Company.
In 1981, he went to the USA with Osho to create 'Rancho Rajneesh' on a huge 64,000 acre ranch in Oregon, building houses, driving trucks and founding a newspaper called The Rajneesh Times. He broke the news story about Osho's ever-growing collection of Rolls Royces and also met President Ronald Reagan in the White House.
Subhuti returned to India in 1987 and lived with Osho at the Pune ashram until the mystic died in 1990. Subhuti now lives mainly in Europe, but visits India every year to pay homage to the country he loves.