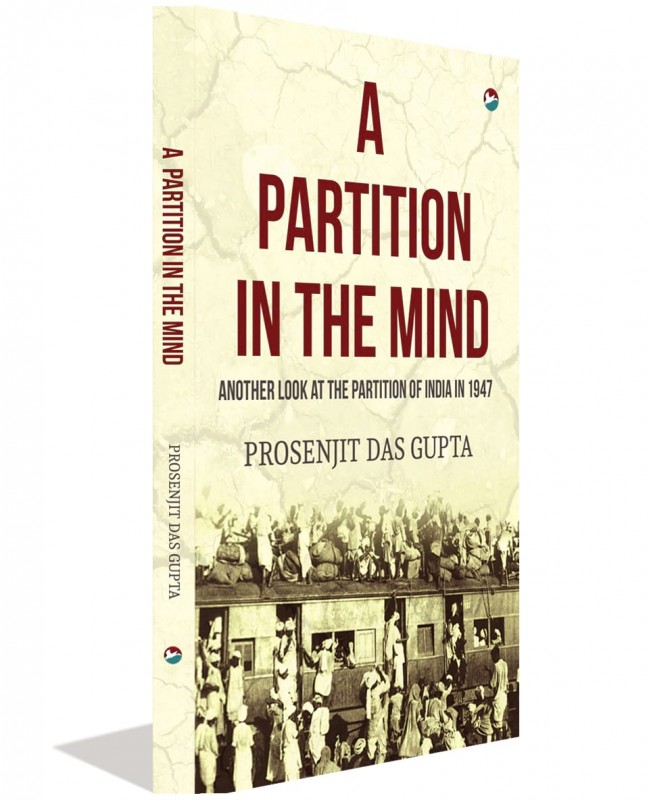 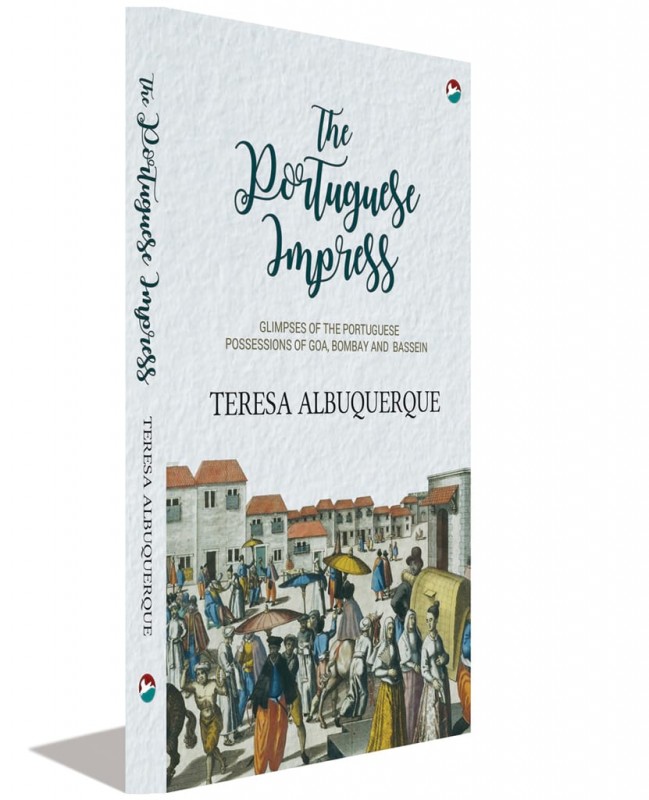 What has engendered that subtle streak linking Goa to Bombay and Baçaim? Could that partial slant westward hark back to a somewhat shared past? Did it bring about that unique blend of East and West into the lifestyle of a miniscule section of Goa, Bombay and Baçaim?

Just a peep into these pages and you will see that trend again, and again... in simple folk with an equal zest for work and play, so diversely creative, yet revelling in song, dance and food, well aware of concern for a better tomorrow. 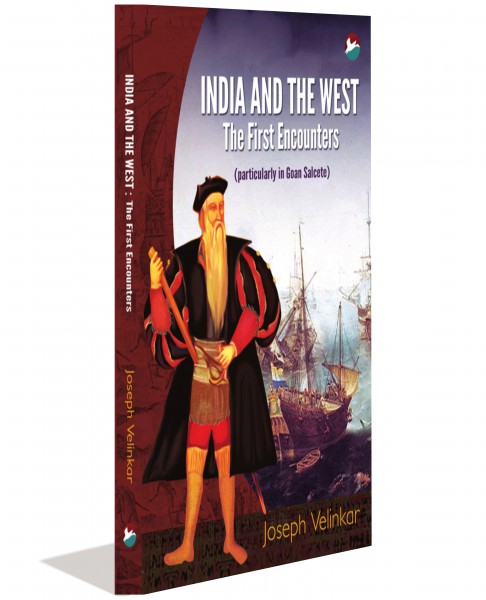 India And The West – The First Encounters [particularly in Goan Salcete]

This is the tale of a 16th century county [mahal], consisting of 66 villages, each palying its own part in the history of the region and feeding Goa. In the process it developed a good harbour, an emporium-port, early in its times, and helped Goa establish trade contacts with East and West, which brought glazed ceramics and silks from distant Cathay, exotic Port wine from Europe to quench the lips of an Indian sadhu, printed a Marathi-Konkani classic book Crista Purana, for literature-thirsty people, helped miscegenation of Westerners with Indians, provided neighbouring kingdoms with secretaries and finally brought a new art and architecture to commingle with the artistry of the region.

The Result: an intercontinental cross-culture. 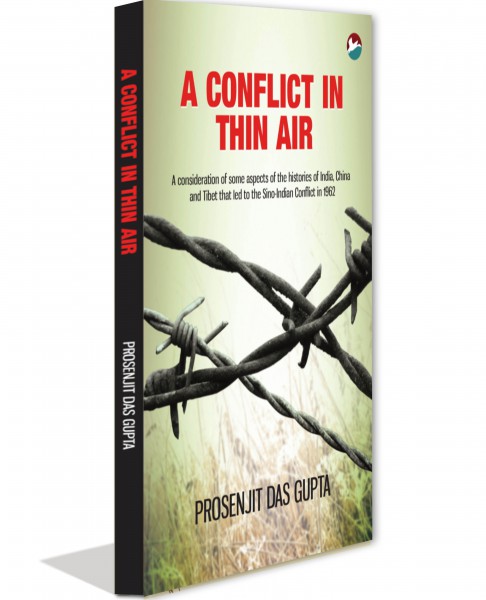 A Conflict in Thin Air – A consideration of some aspects of the histories of India, China and Tibet that led to the Sino-Indian Conflict of 1962.

In “A Conflict in Thin Air” the author has attempted to unravel the tangled threads of history of China and Tibet from ancient times, in the 8th century to the 18th and the 20th centuries when there were frequent attempts at domination of Tibet by China and the equal persistence of Tibet in its independence. 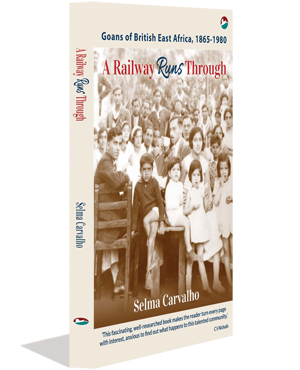 As the twentieth century opened and the promise of East Africa beckoned, the Goan stood on the cusp of a new modernity. Never before had he encountered a frontier land which would so severely test his courage and perseverance. 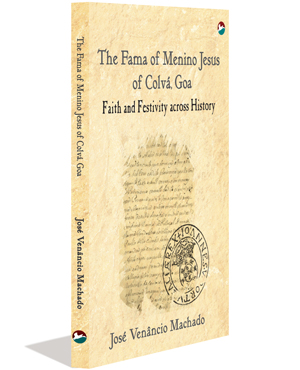 The Fama of Menino Jesus of Colvá, Goa: Faith and Festivity across History

The Fama is a poetic deity that broadcasts good news. This allegoric figure has been used by the Catholic Church to announce the beginning of a period of special prayers to the patron-saint or patroness of the parish, which culminates in the Feast. The Fama is an event of minor relevance in the liturgical calendar, except in Colvá, Goa. 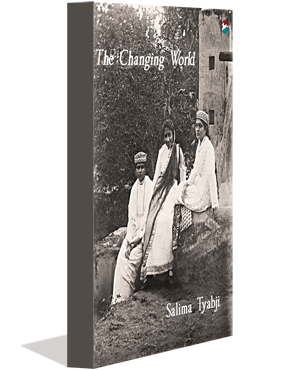 The Changing World of a Bombay Muslim Community 1870-1945

Drawing on family papers written in Urdu and English, this work explores the culture that led to the eager response to reform and change on the part of an influential group of Muslims of Bombay in the late nineteenth and early twentieth centuries. 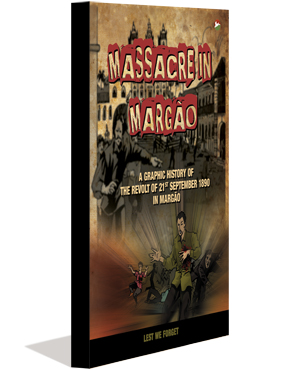 Massacre in Margao: A graphic history of the Revolt of September 1890 in Margao

On the 21st of September 1890, as people protested after being denied the right to vote, Portuguese soldiers fired indiscriminately upon an unsuspecting crowd. About 23 people were killed in the firing and many others injured. This book documents the events of that day. 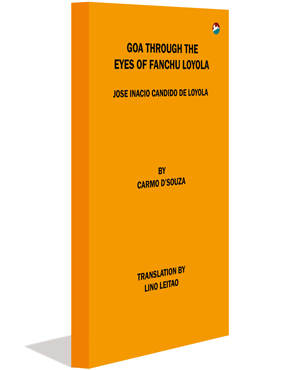 Goa Through the Eyes of Fanchu Loyola

The book invites the reader for a leisurely walk in the footsteps of Loyola over the Goan scenario. It gives the reader an insight into the complex Goan psyche of those days and the internal political situation in Portuguese India. It is a walk with Goa's Scarlet Pimpernel who appeared and disappeared from the Goan political scene to surface in Bombay or Portugal to carry on the struggle against injustice. 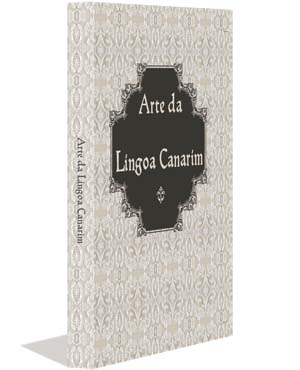 The Arte do Lingoa Canarim was perhaps based on an earlier work already being undertaken at Rachol and documented as having been in use at the College of St. Paul, Old Goa. His manuscript of the Arte remained unpublished and is believed to be in the possession of the School of Oriental and African Studies, SOAS, London. It was enlarged by Fr. Diogo Ribeiro who, according to Manoharrai Sardessai in his book "A History of Konkani Literature: From 1500 to 1992", is said to have added to it "the fruits of his fifty years' study of Indian languages". But neither Fr. Stephens nor Fr. Ribeiro lived to see it in print, for it was only in 1640 that it was issued from the Press of what was then called the St. Ignatius College of Rachol.This book is a facsimile reprint of this edition, along with an introduction by Fr Ivo Coelho S.J.